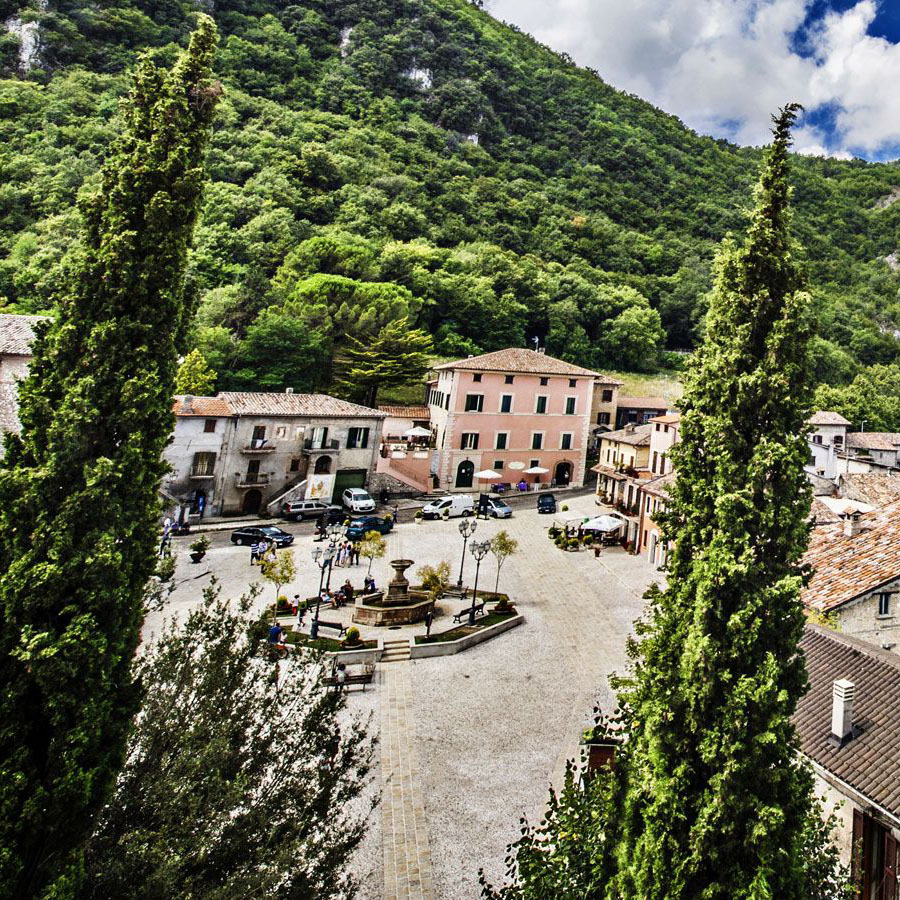 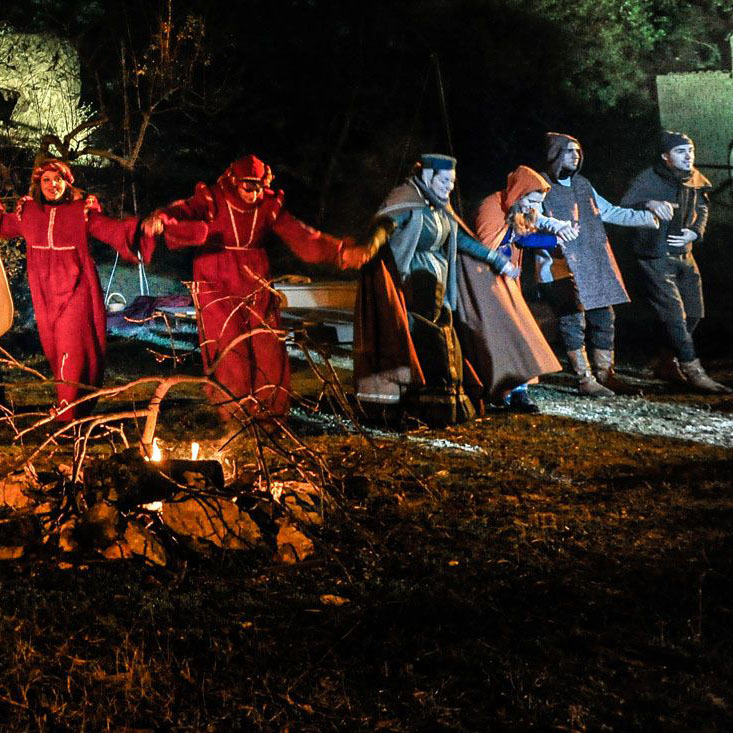 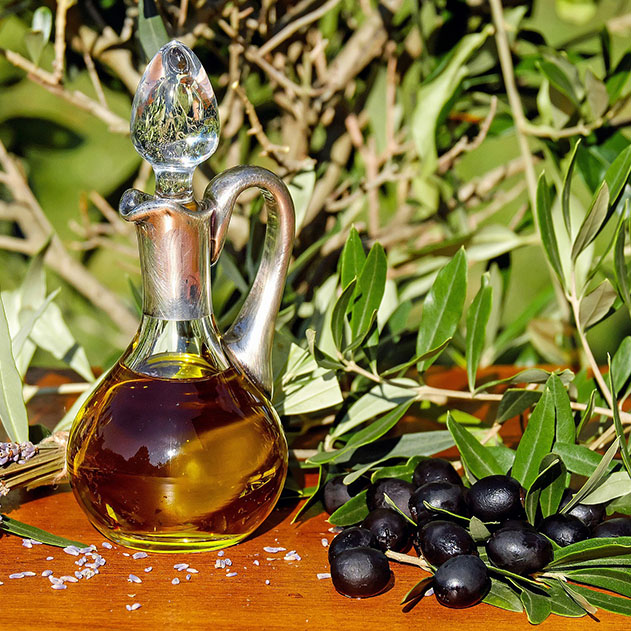 We are in the beautiful landscape of the Sabina, rich in art treasures, called "Mother of Rome" with mountains, valleys, mountain villages, and the best olive oil, good wine and lower prices, because still largely undetected and therefore ideal for holidaymakers who are not in the tourist bustle Want to go on vacation.

The Sabina has giant trees, holm oaks, also ancient olive trees. The oldest olive tree in Europe is 7 minutes away from the starting point Casa Felice, 15 meters high and more than 2000 years old.

The oil is still produced according to the traditional way. The oil was here already 3000 years ago won, is particularly good, mild and aromatic and with Sabina g.U. characterized. Here the oil road runs. Holiday guests travel to the olive harvest in October, November.

The Sabines enjoy their very pleasant way of life and the guests feel involved and enjoy.

In the villages there are numerous festivals and events, as well as dance performances "Saltarello" in the Sabin costumes with music and dancing outdoors. Not only the boys dance, also the parents and grandparents, elated and agile. At the folk feasts called "Sagra" a special dish is offered, which will then eat all people from near and far, as well as the specialties of the region. The dish consists e.g. made from home-made pasta, as it is also produced in many households and restaurants with products from the Sabina region: truffles, mushrooms, chestnuts, sheep's cheese and much more.

It's amazing when you just leave without a fixed schedule, which you can see on your journey through the Sabina. Flocks of sheep everywhere, causing them to stop; on the wide asphalt road that leads through the forest to Lake Turano without light poles, without houses and without any sign of civilization, just nature, there are big, white cows, trails marked elsewhere, then another spring (the Sabina has the largest water reservoir in Europe ), Information boards for riding, a castle perched on a mountain, a palace, a sanctuary (a part of the Sabina is called "the holy valley", which St. Francis loved so much), a workshop with traditional handicraft, an artist village, waterfalls (Marmore ), Paragliding, gliding, lifts to the Monte Terminillo, then again sticks a village on a hill and if you go through the very narrow, cool streets on Katzenkopfpflaster, you feel transported back to the last century.

Hungry, you can quickly find a restaurant or a trattoria right on the street or with a billboard in the area. It may be that the cows graze right behind the bar and you get a steak from your own slaughter, PGI. The food is usually very good and inexpensive.

There are many days in winter when you can have lunch on a sunny terrace outside at 20 ° C.

Tourists visit the Sabina all year round because of the balanced climate in this area, the nearby Rome, the surroundings of Rome and, for example, Tivoli, which is reached by Casa Felice in three quarters of an hour through the green meadows and forests all year round.

The Sabines were a rich, virtuous people and highly respected people. which influenced the development of Roman and other Italian cultures. Cicero wrote that some pretended to be Sabinians in order to gain esteem.

One finds the remains of their villas built here 2000 years ago - by Horace, Agrippa and in the Via Grotte di Torri, a Romanesque villa of the 1st to 2nd centuries AD and a Criptoportico, cobblestone pavement as in the Via Appia Antica and to visit Excavation sites eg Lucus Feronia and funeral homes - Nekropoli. In the archaeological museums of Fara di Sabina, Magliano Sabina, Mount Leone Sabina, Abbazia di Farfa and Farfa Abbey are art treasures to visit.

The present village Talocci between Passo Corese and Fara Sabina used to be Cures, one of the most important cities. The stone Cures gives information about the past. 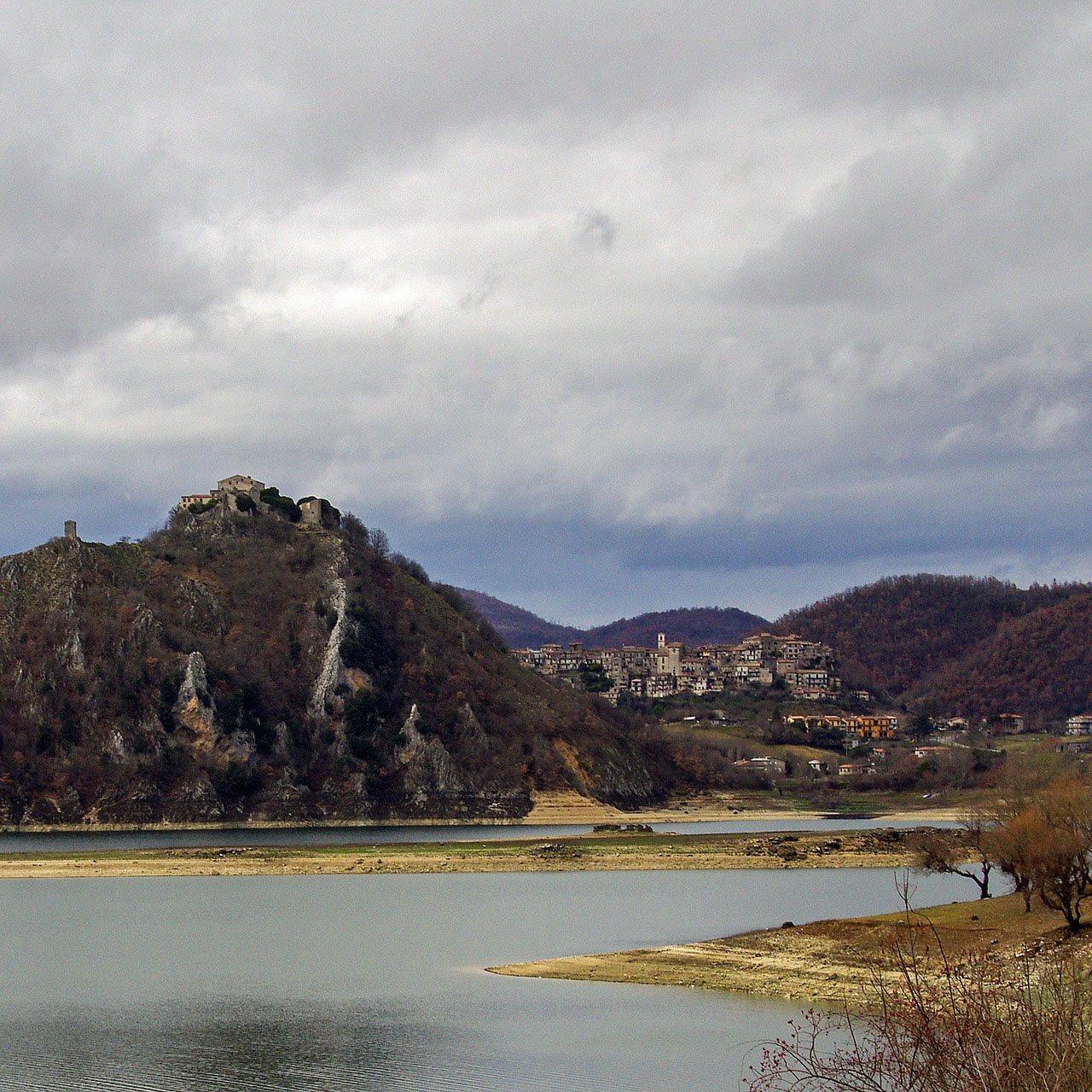 Things to do within 30 minutes

Things to do within 1 hour

Your information was successfully submitted.